The same thing which happened in the marketing field where at first agencies did it all, and then shops focused on a single aspect appeared – and this quest for specialising went deeper and deeper -, seems to be happening today in what social networks are concerned. That is why today I’m writing about an “open-connection social network specifically for travelers” (the only one as they say): JetZet. 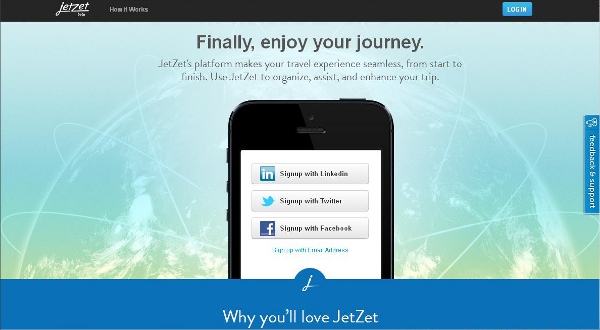 Its starting point? Kiran’s personal experience. He was a commuter, thus interacting with many people and he wanted to find out more about them, exchange opinions and make new friends. But he didn’t have the means to do that and that is how he started JetZet. Soon after that Nick, a frequent business traveler, joined this startup considering it an interesting idea with big potential.

But enough about their story. As you’ll enter their site you’ll see that you need to log-in by creating an account or by using some of your social networks’ existing accounts. There’s a “usual” series of steps, including adding friends from various social media – and organizing them in circles (yup, like on Google+). And also like on Google+, you’ll be able to decide what information is shared with which group. By default there are three such groups: Co-workers, Family, Friends.

One good thing though: even from the start there are two separate sections: one for regular users, and one for businesses interested in promoting themselves here. And since I reached this point, I have to say that JetZet has a strong point as it mentions clearly that they will develop customized pages for brands including the elements they want. Moreover, they offer targeted advertising adapted for each brand, enabling brands to have their ads showed in the proper travellers’ journey stage moment.

As I wanted to test the service itself, I decided to plan a trip, choosing one of my favourite destinations and a Business trip as an option. 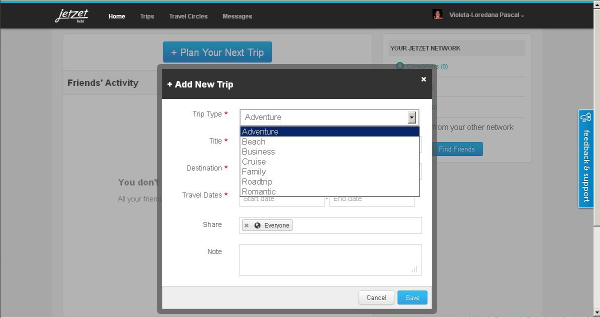 As soon as you set your destination you have a dashboard where you get to set your plans – flights, accommodation, car rental and notes. Basically, you enter as many details as you have, you share them and you can see which connections are going in the same place in the same time, who lives there already and so on. You can print your itinerary (which is automatically generated by the site based on the information provided) and you can add notes (including photos) from your trip. 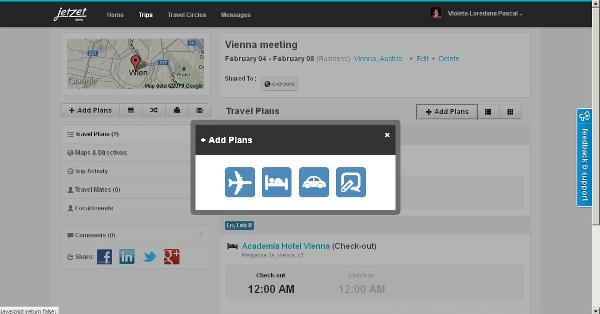 The more information you share and the more friends you have, the bigger the chances to meet in person your connections in one of your travels. In time you’ll have a travel log of your trips. 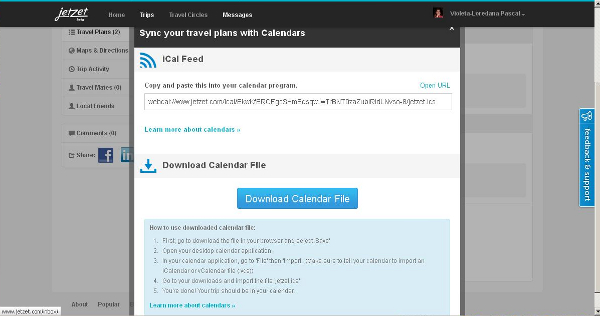 Integration with other tools is indeed a plus, as well as providing a tool to organize all trips. In an era of sharing information, this start-up has a change of becoming successful.

I admit though that I would have wanted to see local points of interest on the map, organized by proximity for instance. As the map is available, I would have wanted to see for instance what important attractions are near the hotel I’m staying at. This way, I could make more comprehensive travel plans featuring not only basic details such as car, flights, hotels, but also places I’ll visit and where it could be possible to meet some of my friends. True, I can access the Google map and get directions from there to the locations I want to visit. I would however wanted to have them in the account, like hotels are :) But that’s just my own preference and since sometimes less is more, I’m sure many will like this site as it is.

And now one option which I found useful: Currency converter. You can enter the currency you have and the one you want and see the result. I think this is indeed an useful feature for travellers from all over the world.

JetZet is a tool that many people who make their own travel arrangements could use. I don’t see however people in big corporations, which work with travel agencies and receive their details by email, using this service as these people generally go somewhere, provide the needed services and then come back home.

But frequent travellers could find this tool useful, especially if they like having things organized. Being able to share their updates and details on other social networks could determine them to use JetZet as it is more complex than Facebook Places for instance or similar services. Plus, if you access Recent travelers area you’ll be able to see who else is using the service and, why not, gain new connections.