Dopplr – Almost Off the Radar Now

One of the most striking websites ever created in some ways - Dopplr landing Dopplr's landing page.

Dopplr was once the bell of the ball when it came to travel planning websites. The Finland startup of 2007 was begun by a well-respected design and development team, and boasted an imaginatively stylish value add that resonated with business, travel and location services. It published annual travel summaries for users and included their carbon output.

Sadly, what was potentially a game changing innovation, now lingers on the edge of the “dead pool.” 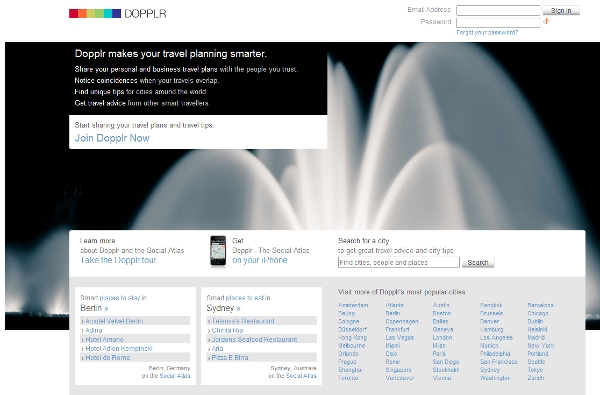 That is a board as a startup founder I’d butcher villages to get behind me. (Figuratively, not literally friends.) But, since it sold to Nokia in September of 2009 for $15-$20 million, the service has lost much of it’s luster. 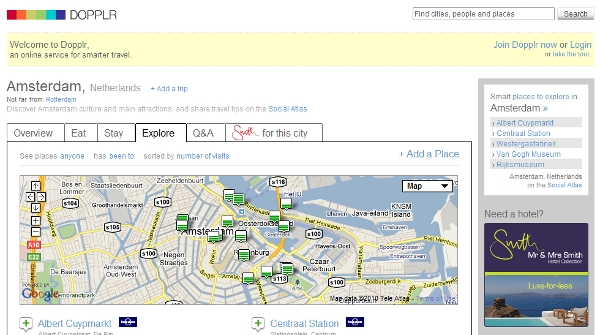 In what seems to have been a talent acquisition, of which the majority of the team was former Nokia employees, Dopplr’s passionate ‘upscale’ user-base has all but left. Current Compete numbers have it at just over 30,000 unique visitors a month, and Cinderella seems to have lost her glass slipper for good. I remember being big on Dopplr back around the beginning of 2008, but scale is always the black cat for startup companies, no matter the backers.

No iPhone app ever made could apparently rejuvenate Dopplr to its former glory – but especially not the platform’s recent offering. Worse still, there is no semblance of an Android or Blackberry app in the works. Dopplr’s back-end is supposedly still being maintained, however the front-end seems to have been left as is since the acquisition some 13 months ago. The tour page still shows dates of 2009, which one would imagine would be updated if the site was still attempting to scale traffic. Dopplr, by all indications, has gone the way of many like startups, first in is sometimes first out too. 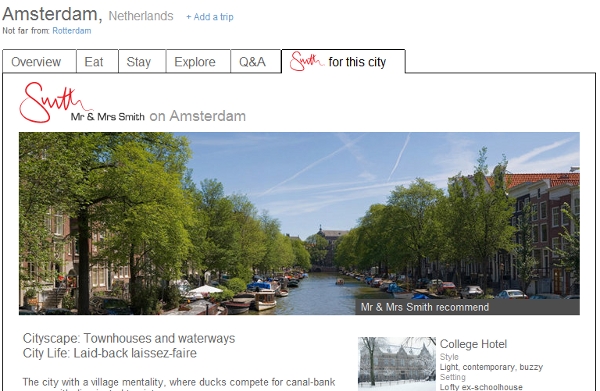 Mr. and Mrs. Smith on Dopplr - A super refined content aspect - minus media

If I were a new travel startup company, I would take lessons from both the most compelling and least compelling parts of the Dopplr. A passionate and ravaging user-base is something any startup would sell their first born for – but squandering such leverage is obviously a tale as old as Achilles. Differentiating factors that attracted investors (remember their previously mentioned board) should never be taken lightly. While still operational, Dopplr was a compelling innovation that could have been.

Let’s hope these guys inject some more effort and innovation into this promising tool for travelers. 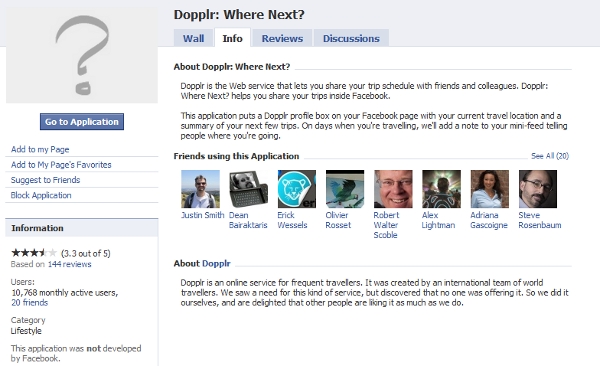 Where Next indeed? Tens of thousands of followers to where?