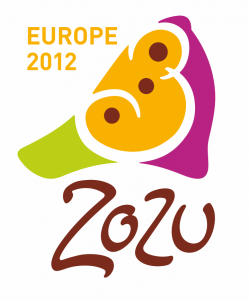 Zozulica comes to boost spirits for the 2012 European Football Championship, allowing fans to support their favorite teams in a fun, creative way.

Rooted in  7000-years of  history, the little cuckoo whistle made of clay symbolizes the close connection between the Ukrainian people and their rich cultural heritage, being originally used as a protective amulet.

Similar to vuvuzela, the noisemaker that drove everyone crazy at the 2010 FIFA World Cup in South Africa, Zozulica has already been accepted (unofficially) as the Euro 2012 boisterous mascot. Zozulica represents the co-host countries’ traditional pottery, as well as their distinctive personality, and it will be available in a wide ranging line of souvenirs for tourists and football fans.

Besides, according to the project’s authors, the little bird-whistle manufactured in large quantities in both Ukraine and Poland, is meant to unite footballers and to harmonize the atmosphere on the stadiums with its melodious sound.

Throughout the official presentation of the Zozulica project in Kyiv this April, famous Ukrainian musicians used different samples of Zozulica to perform traditional folk melodies as well as a football theme. Essentially designed to teach people how to use the tool, the demonstration has concluded that anyone will be able to learn the basics of playing a Zozulica in maximum 5 minutes .

For those  who don’t want to carry around a whistler in their pocket, it’s been released an application capable to produce Zozulica sounds on smart devices. Smartphone users can then pick their national team and favorite melody and let Zozulica do the job.