Early next year, Poland will see the long awaited opening of a museum showcasing the history, culture and suffering of its minority Jewish community, which has today all but vanished from the country. 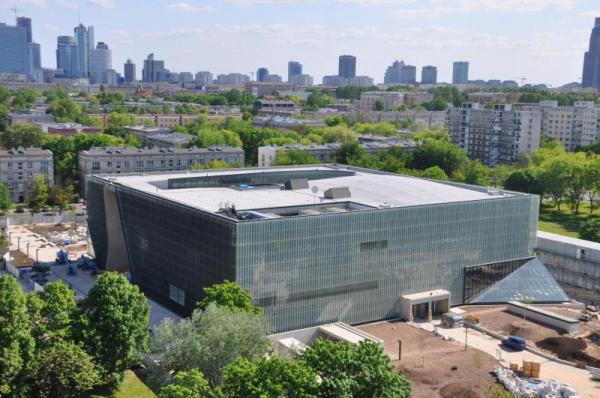 Discussing the project last week, Polish Minister of Culture Bogdan Zdrojewski lauded the global impact of The Museum of the History of the Jews:

“It will be an important institution not only in Europe, but in the world. Five years ago, almost nobody believed there’d be a positive ending. We are close to completing the construction part. In March next year we are starting the installations.”

Occupying a space in what was once the center of Warsaw’s Jewish community, before later being converted into the notorious Warsaw Ghetto during the Nazi occupation, the box-like glass building sits directly opposite a monument to the Heroes of the Warsaw Ghetto uprising.

Last week’s presentation took place not in Warsaw however; but in New York, kicking off a year-long program aimed at generating publicity for a museum that is hoped will become not just an important attraction in Poland itself, but a major international landmark visited by tourists from all over the world.

Much of the museum’s funding came from the US, where almost 70% of Jews claim a Polish heritage.

Larry Silverstein, who is overseeing the reconstruction of the World Trade Center in New York and was present at the event, told AP reporters that the museum’s opening would coincide with the 70th anniversary of the Warsaw Ghetto uprising, which he labeled “a horror that few people understood at the time.”

On the eve of World War Two, in 1939, Poland was home what was believed to be the largest concentration of Jews anywhere in the world, around 3.5 million in total. Sadly, by the end of the war just six years later, more than three million of them had perished, with the majority of the rest having fled the country. Today, it’s thought that there are only around 30,000 Jews still living in Poland.