For all those investors who emailed to ask me if the American Airlines slash Orbitz fight would be a game changer, the news today of skyrocketing Orbitz stock prices is as good an answer as any. Orbitz Worldwide Inc. shares bounced upward on an Illinois court reversal of their case against American Airlines.

The court ordered American to resume selling flights via the online travel agency. In other news, Google flight options may be first of many tools to help travelers. 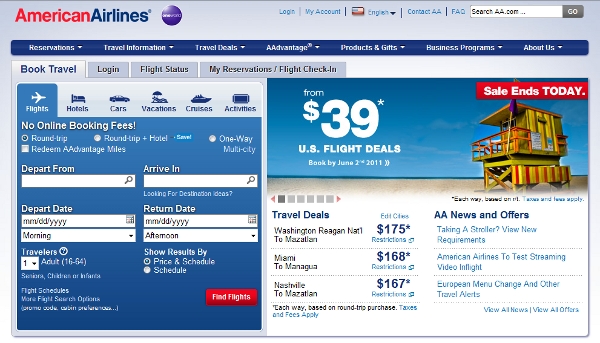 Obbitz’s biggest shareholder, Travelport Ltd., has to be thrilled with these events, Orbitz shares jumped a total of 47% to $3.25 on the news. American has kept open their option to appeal the decision, but according to the news, this mornings flights we once again listed on Orbitz.

American Airlines took down their flights from Orbitz websites back in December of 2010 in a fight over distribution rights and in reality profits. American wanted to cut out the middle men of online booking, and gave a try to directing their customers to the parent AA site – a move termed Direct Connect. We have covered the so called “Online Travel Wars” extensively, the end result now beginning to look more like a cuss fight than a real war. 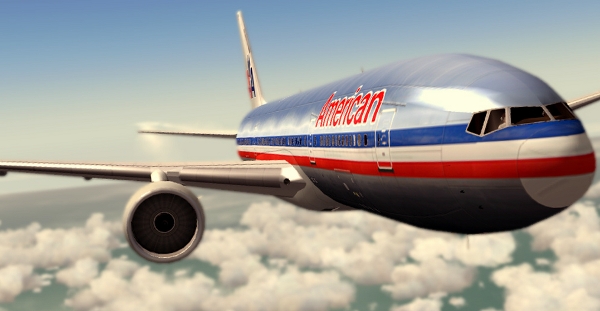 Of course American Airlines totally disagreed with the decision, Airline spokespersons added this:

“We want to underscore that this is the exact opposite conclusion than that of the judge who heard the evidence. We are evaluating our options, but in the meantime, we will, of course, comply with the judge’s order.”

Meanwhile, back at the Fair Search ranch, where the forces aligned against the Google ITA deal must be licking their wounds, Google has yet to attempt to take over the entire online travel game. The smart guys in Mountain View have started showing flight data on the main search engine however. What’s really interesting though, is the list of airlines suggested with links (complex algorithmic suggestion).

If ever there were an “I told you so” opportunity for a tech writer! I won’t say it. 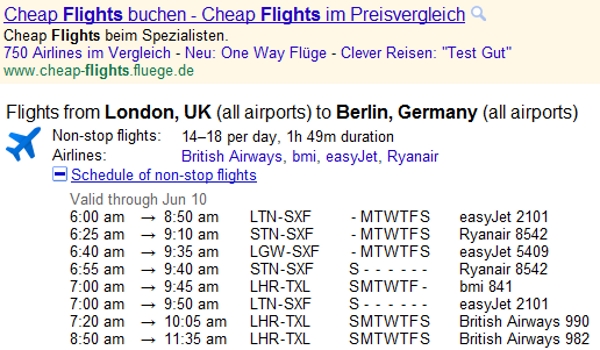 Can Airbnb Continue to Expand as Before?
Hopper Taps Into Hostaway Client Base in Lastest Strategy Move
AI-Powered Pathfndr Announces a Slew of New Features
“Wheel the World” Hurdles Travel Barriers for Travelers Using Tech
Previous: Moscow To Get Dial-A-Guide Telephone Service
Next: Travel Alert: E.coli Outbreak in Germany