Cyprus’ Omodus Village: A Place to Take Your Time

From my travel album Wine offerings in Cyprus village.

From my travel album

Cyprus enjoys an enviable worldwide reputation as a sun and sea holiday destination. Sunshine year-round, azure skies, tepid waters, the Island is a legendary paradise. But, away from the tourist areas, the Cyprus countryside has a diverse wealth of its own, the traditional villages, vineyards and wineries not so many touristy websites inform us about. Those tiny fresco- painted churches, remote monasteries, and cool shady forests you’ve yet to discover. 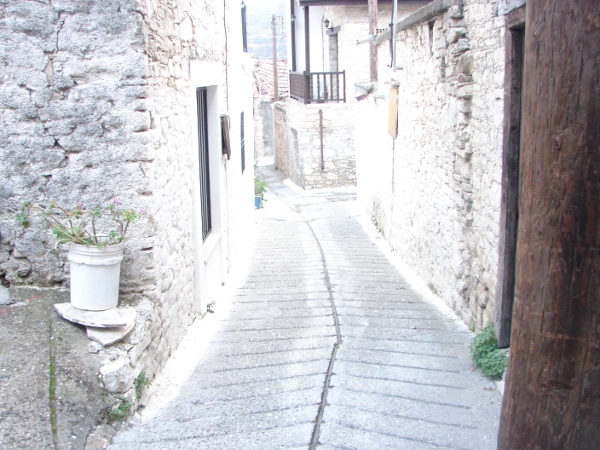 Streets of Omodos - from my travel album

The Island of Cyprus may be small, but it has literally hundreds of villages where tiny, quaint houses are neatly clustered around the ever present churches , the nearby coffee-shop that also serves as the village store, the post office, or general town meeting place. For some people in such places, the donkey is still the preferred mode to transport, if you can visualize. 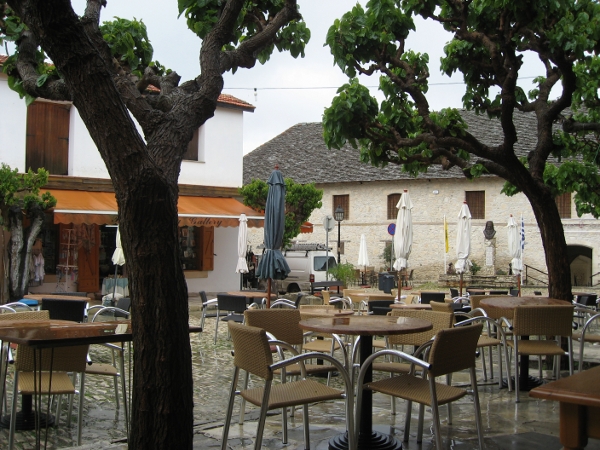 Sit back, relax, from my travel album

One such village is Omodos, a place were, apparently, time has ceased to march forward. Geographically, Omodos Village is located just off the centre of the Island on the south-western slopes of the Troodos mountain range. Historically and culturally, it’s considered to be the most traditional village in Cyprus.

As soon as you arrive, the everyone in Omodos Village welcomes you. Now-a-days Omodos is so much more than just the Timiou Stavrou (Holy Cross) Monastery, it is the centre of the mountain wine producing area. No less than 5 wineries, all of which you can visit to taste the wine and see how it is produced, bless this region of Cyprus. Streets, shaded by mulberry trees, the nearby Cypriot coffee tavern for you to take a load off, some would sigh; “Now this is the life!” 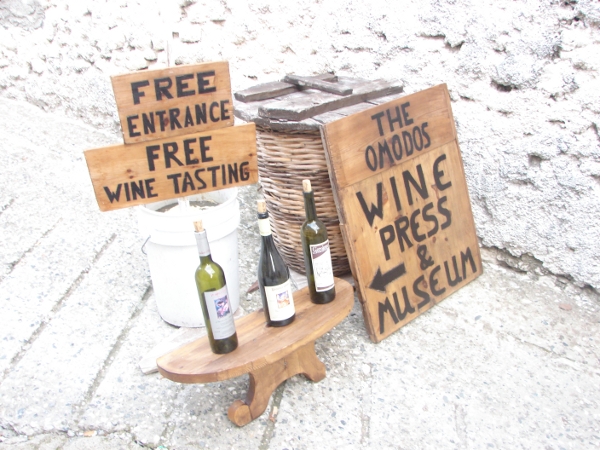 From my travel album

There’s so many things to see and do nearby too: great museums, the Holy Cross Monastery, the nearby Kourion, Temple of Apollo, and many more touristic sites, not to mention enjoying the local people at every turn.
Some say the name of Omodos is from the Greek “modos” which means “taking your time.” Well, there certainly is no better place for it than here. More later on other great villages here in Cyprus.