Is Warsaw’s Lotnisko Chopina a Social Media Top 10, Or #2?

The world's airports on social media.

Don’t you just hate PR fluff? No matter where you look these days there’s a social media expert lurking around the corner it seems. We found yet another fuzzy Internet engagement this morning, and in of all places, Warsaw. 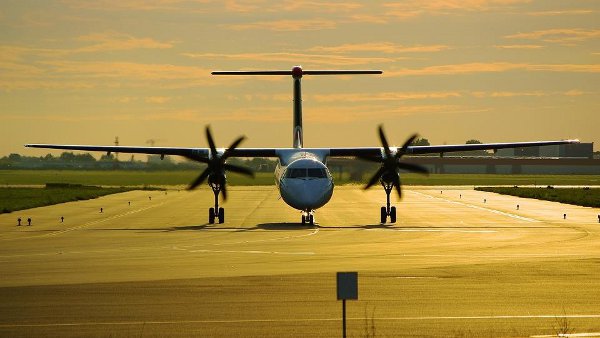 Chopin Airport is so excited about themselves their communications and marketing arm just comes out and says it:

“When it comes to social media, Warsaw Chopin Airport is one of the most active airports in the world, with its Facebook and Twitter pages being among the top ten social media airport profiles.”

Do tell. The social media managers of Warsaw airport’s Twitter go so far as to keep tabs on new followers and so on too:

Okay, I’ll admit, any company that posts 9 Saturday responses to tweets from fliers has something up their sleeves. With a Klout score even better than mine (jealousy rising) it’s a bit difficult to be overly critical, even for an Internet guru such as myself. True, they could actually follow more tweeps. It’s a sure sign somebody intends to broadcast like crazy when they talk to more people than they listen too. Well, a lot more any way.

The same goes for the Lotnisko Chopina Facebook proclamation of digital awareness. 19,000 plus fans, whoopteeedoo! Oh wait. Look at that ratio of people talking about their profile. Yes, they do post relevant stuff. Really relevant stuff. Hmm, maybe I am barking up the wrong tree here? Could it be Warsaw’s airport is not number two, but #2, or vice versa?

Let’s just see if Lotnisko Chopina’s (@ChopinAirport) claim to “top ten airports” status is true. Below find a list of major airports that have their feet, or wing tips, in the doors of Twitter big time:

@AeroportsParis – The City of Light qualifies as one of the top ten Twitter profiles on the web, this is certain. Given the city’s vastness etc. though, one has to wonder how Warsaw edged ahead across several variables? Let’s call Paris number three.

@NY_NJairports – New York’s JFK gets respectable marks, but the Twitter flight crew there is not up to speed with Warsaw.

@svo_airport – Moscow’s biggest airport is a respectable presence on Twitter. Compared with Warsaw and some others though, the Russian Federation is far behind in SM wherewithal.

@CAKairport – the Akron – Canton airport does a great job, their 6638 followers and 4208 tweeps followed is a nice relational level to operate on. But Warsaw wins out in the numbers, frequency, and overall Klout of their social media. Rats. They’re number six.

@Flack4RIC – Richmond Airport (RIC) scores high up there with a talkative and all ears Twitter profile. Again though, Warsaw wins out for Klout and the total number of followers. Richmond has to be a top ten too tho.

@Atlanta_Airport – As an old Georgia Boy I was sure the busiest airport I ever saw was sure to have a massive social media footprint. Hartsfield-Jackson does, and nearly as substantial as Warsaw’s when all is said and done. The big boys lose face though when competing against smaller cities. Atlanta? Nope. Hot-Lanta is number seven.

@Arlanda – Stockholm’s airport is listed in a few “top this or that” lists, but their profile is nowhere near as prolific as Warsaw’s. These guys deserve number nine.

@Delhi_Airport – The Official Twitter of the Indira Gandhi International Airport shows great promise and a dedicated effort to speak and listen via social media. 65 Klout means a lot of interaction in this case, not so many followers hurts their score. No Delhi in the future of the top 10 so far. This huge India airport does edge some others in position number five.

@ Toronto Pearson – Toronto’s airport would be right up there with Warsaw if not for far fewer followers. However, considering their ratio of followers to followed is like 2 to 1, the presences seem on par with one another. Let’s call Toronto number four.

@HeathrowAirport – Heathrow may be the best social media players on the web, let me just say that. If anything is wrong with their effort it’s the fact they follow more people than follow them. Klout is massive at above 70. Ugh. Let’s call them number one.

@dfwairport – Dallas Fort Worth is actually on a par with Warsaw. Again, the Poland capital edges out a huge metropolis. Number eight.

@ Schiphol – Amsterdam’s official airport Twitter is very well developed. But somehow not on par with Warsaw either, save in the “following” department. Close but no cigar. A little airport with a big social heart, Amsterdam is clearly number ten.

Now that Warsaw showed a PR pro up, you may want to get a laugh from visiting such Twitter underdogs as:
@PEK, @berlinairport, @Dulles_Airport, @Buffalo_Niagara, @,

@FCO,  VnukovoAirport, @ Exeter_Airport, my hometown of @ CHS_Airport, and Salt Lake City too. Tokyo though, takes the cake as maybe the worst social media involved airport for a major capital. @NRT could not be more obtuse. 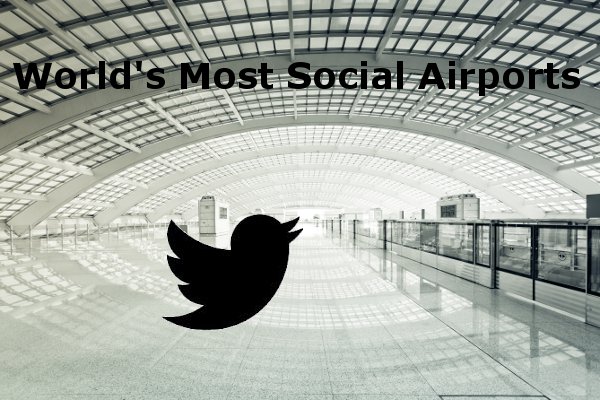 Who’s missing in the Argo Travel News for Twitter and social media landing zones? Hey, it takes a big person to admit when they are misguided. Despite the self serving PR and seeming Narcicism of Lotnisko Chopina, their overall grasp of social media, and their effort in the space put them not in the top ten, but in the top two in my book.

LATO Fair of Tourism and Recreation in Warsaw Next Week
Warsaw in Chopin’s Footsteps
Picture-Perfect Places to Propose in Poland
Warsaw, Capital of Cool 2017, Is a Summer-Must in Poland
Previous: Croatia Calling: the Carnival in Crikvenica
Next: JuiceCane, the Stackable Power Can for Techie Travelers