Sibiu – Where Romania’s Past Meets the Present

Romania’s European Capital of Culture in 2007, Sibiu is not only an important cultural center of Romania, but one of the most beautiful cities in the country.

Situated within the heart of Romania, the Transylvania region, Sibiu is surrounded by the Carpathian Mountains, a region speckled about with legends and traditions, Sibiu itself being not so far from a fairytale. The medieval sites recalling the past, the sweet German flavor here, and its young soul, are the city’s most prominent features today. 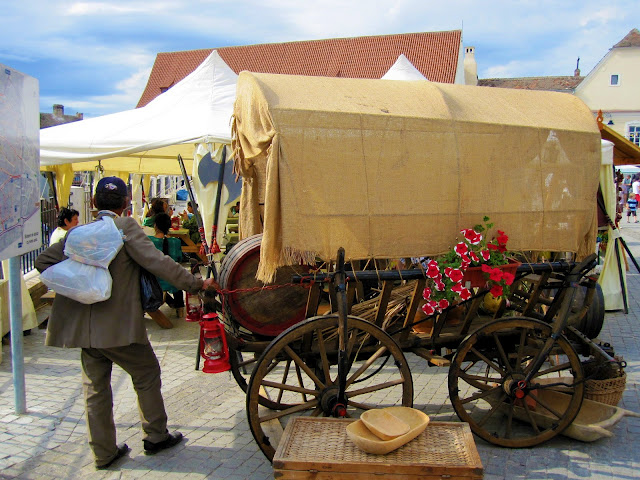 The Medieval Festival in Sibiu

Build around two main squares – Piata Mare(Grand Square) and Piata Mica(Small Square), the Old Town of Sibiu is perhaps the most charming area. With its baroque yellow buildings, cobblestone alleys, narrow passages, and stories around each corner, not to mention the “Viennese” ambience, Sibiu stands proud alongside beautiful European cities such as Prague, Vienna and Krakow.

For the tourist to Sibiu, a long list of museums, historic monuments, ancient buildings and cathedrals provide a must visit list of things to see while traveling to here. Some of the most important attractions are:

A wide open windy space where the past meets the present. The Grand Square contains a great concentration of culture and art. This place is also very important in Sibiu’s social life. Many festivals, concerts and exhibitions are held here during the year, and both locals and tourists are visit the Grand Square for relaxation, shopping, and for the area’s great range of terraces, restaurants, and for its amazing bookstores. 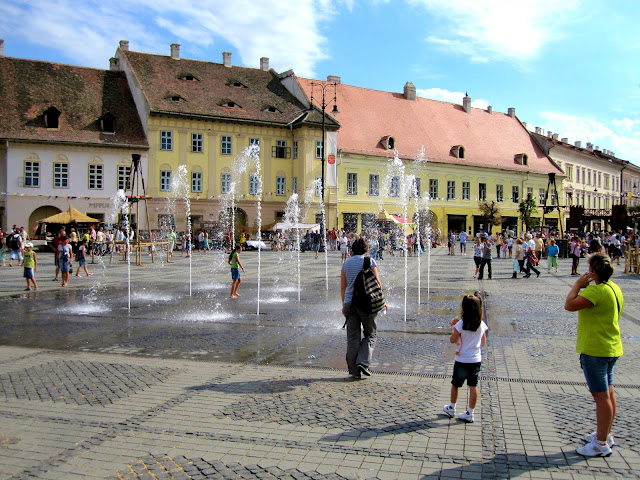 Narrow streets, old houses and charisma.  Connected with the Grand Square thru a passageway, the Small Square is the oldest and the most romantic area of the city. Here buildings date back a very long time, having been constructed between the 14th and 16th centuries, all of them are named after the families that lived here during those times, and most of the building are now museums. 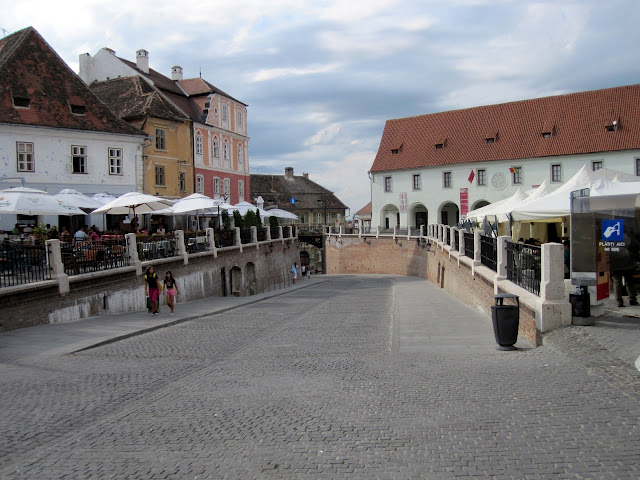 The passage between Small Square and the Lower Town

The most German place in Sibiu, Huet Square was formed on the first fortified part of the town. The area dates from as far back as the 12th Century, and now shows off the same Gothic buildings including the astonishing Evangelical Cathedral, the Stairs’ Tower and the Parish House.

Originally build from wood before 1771, the Liars Bridge was rebuild in 1859 becoming the first iron-cast  bridge in Romania and the second in Europe. Its name comes from a legend which says that long time ago lovers were walking on this bridge making promises to each other, swearing eternal love. Today, this place bears the same romantic connotation,  still witnessing the same ends of new love stories. 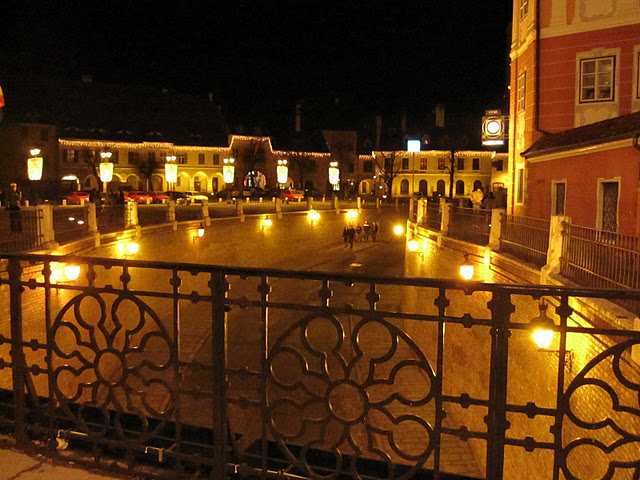 One of the most beautiful museums in Romania, the Brukenthal Museum is actually a complex hosting 6 museums: the Art Galleries ( 1090Dutch, Italians, German, Austrians and Romanian paintings), the Brukenthal Library (300,000 library units :rare manuscripts, old Romanian and foreign books and also contemporary volumes), the Museum of History, the Museum of Pharmacology (with more than 6,000 ancient medical instruments ), the amazing Museum of Arms and Hunting Trophies and the Museum of Natural History comprising 1 million exhibits.

A complex of 300 buildings representing stages of Romanian civilizations spread across 1 square kilometer make it the biggest open-air museum in Europe. Located at 3 km away from the city, in a very beautiful forest area overlooking the mountains, the Astra Museum is easily accessible by car, bus or tram. 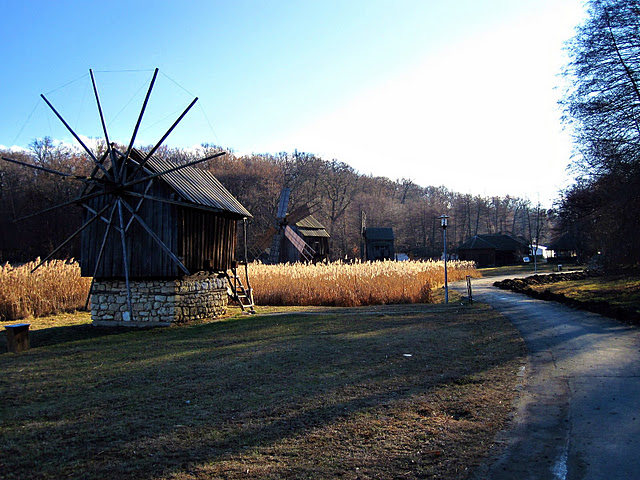 Sibiu has still more to offer the visitor, in fact, too many attractions to reasonably list here. There are places in the world, whose charm lies in legends, in the fragrant air, in those place’s unique character, in the single way that the sun falls on a particular building in a specific moment of the day and where the past refuses to be swept away.

Sibiu is one of these rare places and, as much as I would like to, I would never be able to describe such a beautiful place and you, my dear reader, will not be able to discover it unless you’ll start packing. 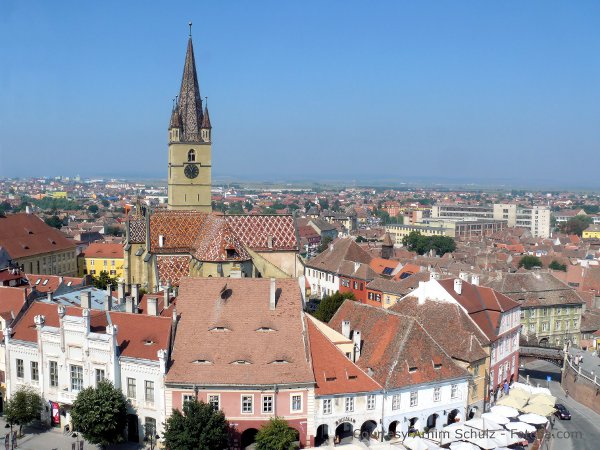