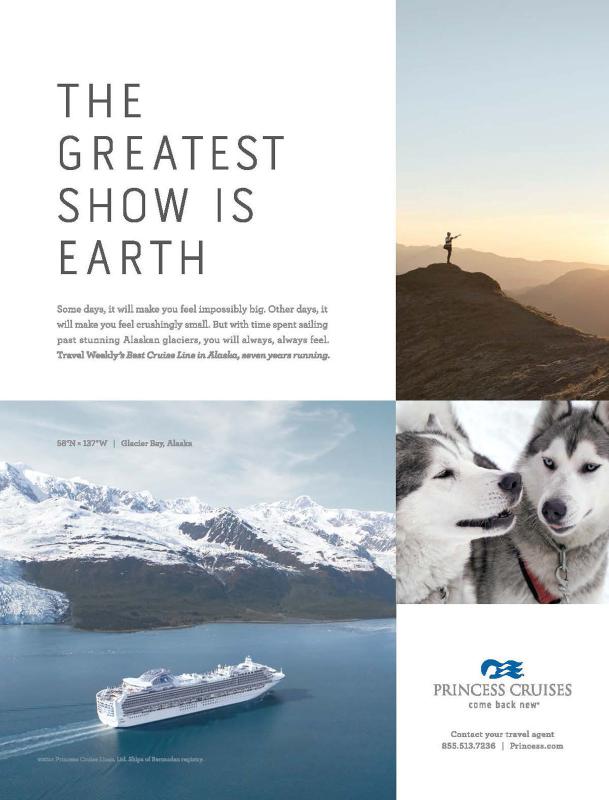 The campaign debuted on January 14, 2014, and the new TV spots will launch during the Critics’ Choice Movie Awards® Red Carpet Show airing on the CW network January 16. The spots, which were created by Goodby, Silverstein and Partners (director Rich Silverstein, co-creative directors Kate Catalinac and Damian Fitzgerald), will also air on CBS, NBC, ABC and Fox, as well as on other cable networks, and primetime shows. The campaign is complete with print ads that show Princess’ worldwide cruise destinations. Finally, radio and digital advertising will round out the campaign.

The video below offers a better image of what Princess Cruises has in store for its passengers from now on:

The spots target a wide audience segment, from singles, to couples and families with children:

“Our new advertising theme really captures the essence of our brand promise to our passengers,” said Jan Swartz, Princess Cruises president. “The ads were actually inspired by our passengers’ stories about how they return from their cruise vacation feeling rejuvenated and more closely connected with their loved ones, and with fresh perspectives stimulated by the beauty of the ocean, of the world and other cultures they visited, and their onboard experiences.”

The first print ads released by Princess Cruises are focussed on Alaska and the Caribbeans. You will soon see the ads in Travel & Leisure, Food and Wine, Sunset and National Geographic Traveler.

Additional information about Princess Cruises is available through a professional travel agent, by calling 1-800-PRINCESS, or by visiting the company’s website at princess.com.

Campspot Publishes the Top Outdoor Travel Trends for 2023
Ideas to Make the Most of Your Visit to Phuket
Trends Say Americans Guarded Over Travel 2022
27 Inspirational Travel Quotes to Fire Up Your 2022 Travel Bug
Previous: Most Elegant and Coziest Hotels in Paris
Next: 22 places and Things to See in Hungary