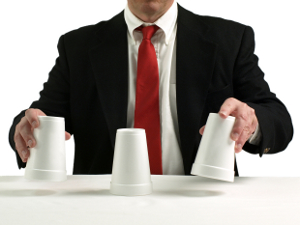 Travelport and Orbitz are in the positive and negative news again today. Travelport for any number of announcements of business dealings, and Orbitz for a very negative S & P rating they just received. Since it was announced that Travelport needed to restructure its dept, it seems as if neither of these online travel giants can catch a break.

The other day I covered the news at Everything PR News that the Department of Transportation had levied a fine against Orbitz for what amounted to “deceptive price advertising,” the DOT’s term for misleading customers. Interestingly, that article compelled Orbitz to contact us via email, the gist of that conversation being this writer was off base suggesting Orbitz PR was bad, and pointing out the company had never been fined before. More on that later, for now interested parties should be focused on Travelport’s moves.

Which Way Is Up?

Corporate matters so often get complicated, even the press about movements becomes a muddy stream of information at times like these. Travelport and Orbitz obviously have the biggest kinds of problems financially. Deciphering what is going on then, becomes a bit like soothsaying, and this is often by design too. Looking at these three stories about Orbitz – all very negative. S & P goes negative, CNET basically issues a travel advisory against Orbitz, and worse – Enterprise Car Rental pulls out on the company because of “excessive commissions” – this is a killer. Now hold on.

Looking at Travelport’s news these last days, the complexion there seems quite stunningly different. Try a Google search for Travelport, then when the results come up, click on the upper left on NEWS – what you will find is more than interesting. Below is a listing of the Google News headlines for the last couple of days, in order of appearance as you scroll down the page.

And so it goes, moving past the one negative article, Travelport has been releasing something positive frequently. Mahan Air and Travelport 28 September, enhanced payment options, Fastbookings deal, Aeroflot, and so on. For Orbitz, the good news is? Two days ago the company extended with Dollar Thrifty Automotive Group, and the company will host an earnings call. Now the question has to be, “what does all this mean?” If the Titanic going down means anything, Orbitz has been taking on water for some time.

On the face of all this news, anyone might get confused about the strategies for OTA and GDS platforms (especially these now). Clearly Orbitz is on a downward spiral not many have ever recovered from – without being bought out that is. Orbitz stock before the crash in 2007 was $15 a share, at close yesterday the paperboy could have bought into a major corporation at $1.87 a share. Orbitz headed under, Travelport scrambling for deals and news – what does all that mean? 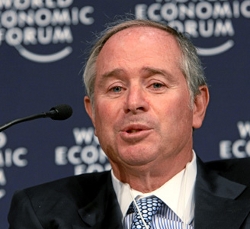 Standard & Poor’s is watching all this movement, as are investment sharks on a global scale, not to mention Travelport’s competitors and so on. In a game of such high stakes high finance, it becomes increasingly difficult to discern which shell the pea is under. When I start getting emails and LinkedIn communications, comments from pretty far abroad asking my opinion, suggestions from employees, it’s only clear that a huge shakeup is in progress. But, if I had to guess, is a whole other proposition. Let’s just suppose.

Suppose, for this reason or that, a company wants one entity it controls to appear stronger than another entity. Travelport making deals like crazy, appointing superstar distressed dept peeps to their board (see recent appointee’s affiliations PDF with such as Oaktree Capital Management), still more light can be shed by just finding out who the heck Gavin Baiera is. I alluded to the idea of “superstars of bean counting” earlier on. Well in that vein, Travelport’s new board appointee is cryptonite immune. This Institutional Investor article about Baiera’s role in the LyondellBasell lifeline, one of the most complex and massive receivership rescue examples ever.

There’s not much guesswork in figuring out something dramatic is about to happen, not in my opinion.

Round and Round She Goes…

The names, faces, and even the story here seem familiar somehow. But the potential end result a bit more obscure. Why is Orbitz value going in one direction, and  Travelport’s (apparently) in the other. Only a couple of things seem very clear at this point. First, Blackstone Group (Co-founder and CEO Stephen A. Schwarzman is pictured upper left), which basically owns the controlling interests in both Travelport, and subsequently Orbitz, is not going to lose money on this. This is an historical certainty. The company, in all likelihood has whatever plan for the next step in motion (mine and any logical person’s view). And too, an announcement that Travelport and Hilton have some to some agreement is a no brainer – Blackstone bought Hilton already. 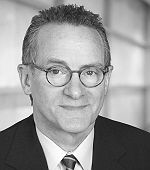 Secondly, there seems to be only one logical explanation for Blackston, uh hum, Travelport’s possible distancing from Orbitz (if the news is an indicator), my thinking is to protect Travelport and make economical a leveraged buyout by a friendly of Orbitz. Of course this seems a bit Machiavellian, but we are talking Wall Street here. Lot’s of names and faces not many know, doing dealings not many understand, in dealing with companies as nebulous as anything, and in the end “paying” for services they sometimes don’t understand either.

Sell Orbitz at a song to Uncle Bob, maintain the strength and visibility (for Hilton or whomever) while keeping the real centerpiece protected? At least this is one scenario. Maybe Blackstone will sell Travelport and Hilton and keep Orbitz? Will a company like Oaktree Capital (Chairman Howard Marks at right) buy Orbitz? It’s worth a look, no? More later, as this story develops.

Can Airbnb Continue to Expand as Before?
Hopper Taps Into Hostaway Client Base in Lastest Strategy Move
AI-Powered Pathfndr Announces a Slew of New Features
“Wheel the World” Hurdles Travel Barriers for Travelers Using Tech
Previous: TravelRent – Underwhelming Russian Socialismness
Next: Durbe Gets Ready for the Zemlika Festival 2011