Mărțișor: the Romanian Allegory of Life and Death Is a Lucky Charm

In four days Romanian girls and women everywhere will welcome March with joyful smiles. The first days of the month will see them wearing the symbols of spring, little trinkets with red-and-white strings, in honor of the Mărțișor tradition that traces its roots back to Romania’s Daco-Thracian past. 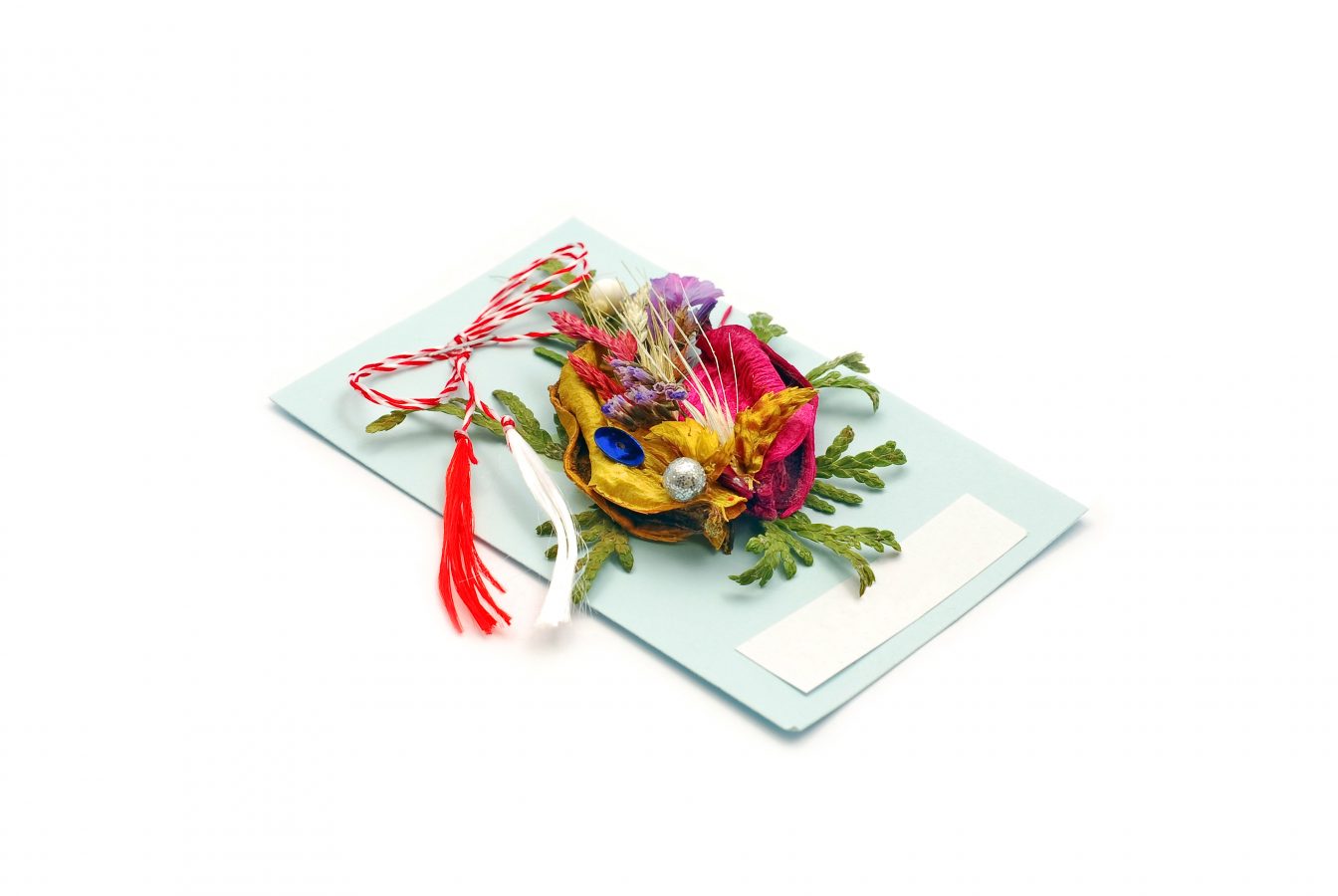 The history of the trinket is far more complex and open to debate. Folklorists don’t agree whether it originates in Dacian customs or the Roman celebrations of Mars, the god of war, but there are historical traces of similar wearables dating more than 8000 years back. The “Mărțișor” today is a small ornament that only keeps the red-and-white thread to remind of its origins. Everybody knows it’s a traditional lucky charm, but not many people are concerned with its history and primordial signification. This is also hard to trace, but archeological findings at Schela Cladovei in Romania attest that similar ornaments were worn 8000 years ago. These, however, were made of pebbles, painted white and red, and worn around the neck. The first documents attesting the Mărțișor were authored by Romanian scholar and nobleman Iordache Golescu (1768 – 1848).

Folklorist Simion Florea Marian theorizes that initially, the Mărțișor was a silver or gold coin with a white and red thread worn by children around their necks. Teenage girls wore the trinket as a necklace for the first 12 days of March too, then in their hair until the arrival of the first cranes and flowering trees when the trinket would find its place on the branches of a tree. This custom is still widely common in Romania and neighboring countries, including Moldova and Bulgaria.

The red-and-white thread attached to the small ornaments could be associated with the Roman god of war, Mars – where red and white signify the colors of blood and peace. But considering that Mars was also the god of fertility and vegetation, it makes more sense to consider the Mărțișor a symbol of spring and nature rebirth.

The Mărțișor can be a Dacian symbol too: like the Romans, the Thracians also celebrated New Year’s Eve on the first of March, and their customs were related to fertility and the rebirth of nature too. The red-and-white string is still called the “Year’s Rope” in some parts of Romania – which is explained by the fact the New Year was celebrated in the country on March 1st up until the XVIII century. The colors of the thread can be defined by the two seasons, winter and spring. In Daco-Romanian folklore, the color for winter is white, while spring is red. March 1st sees the two seasons intertwined.

Like everything with a tradition that resisted and defeated the test of time, the Mărţişor has its own, delightful legends. One of them sees the lucky charm associated with the Sun. Once upon a time, the Sun descended on Earth disguised as a young, beautiful maiden and was kidnaped by a dragon and locked in a palace. That day, the birds stopped chirping, the children forgot how to laugh and play, the land froze, and the entire world succumbed to sorrow. Seeing the sadness in the world without the Sun, a young man journeyed to the dragon’s den to free the maiden. He defeated the beast and released the girl who raised to the skies and turned back into the blessed light of day. Spring arrived, and the first snowdrops showed their pretty little heads through the melting snow. But the young hero was badly injured and his blood stained the snow and the ice with bright red. He soon died, but the people of the land still celebrate his sacrifice wearing red-and-white threads with the small Mărţişor. In this story, red signifies the love, courage, and sacrifice of the young man, while white stands for snowdrops and fresh beginnings.

A similar myth sees the Sun as a young man descending on Earth to dance the hora. Like in the previous legend, a dragon kidnaps him but locks him in a dark dungeon. A young hero journey for the length of three seasons – summer, fall, and winter – till he finds the dragon’s den and fights the beast. During the fight, the blood of the hero falls onto the snow, melts it, and metamorphosises into snowdrops, the messengers of spring. When Sun is free, spring comes, and the young man dies happily, seeing that his sacrifice was not in vain.

No matter how you look at it, Mărţişor is an allegory of life and death, of metamorphosis. It is not just a lucky charm, but a symbol with deep meanings and strong ties with the national identity of the Romanians. If you are Romanian, you will want to wear it to preserve this legacy.

If you are not Romanian you may want to wear it to have a conversation-triggering eye-catcher on your clothing. Wear it for luck, or wear it because now you know its story.

“Tony the Pony” and the Eikonikos Equestrian Dream 
Come to Greece, Ride, Learn, Trust, and Live Well
Greece Tourism Critique: Can We Pay Attention Now?
Pan-Hellenic Beach Volley MASTERS Finals Coming Up in Agios Nikolaos
Previous: Forget Valentine’s Day! With Dragobete in Bucharest, Love Is in the Air!
Next: Instagrams from Crete: Hersonissos 2017