Hoteliers vs. OTAs: The Quest for a Perfect App 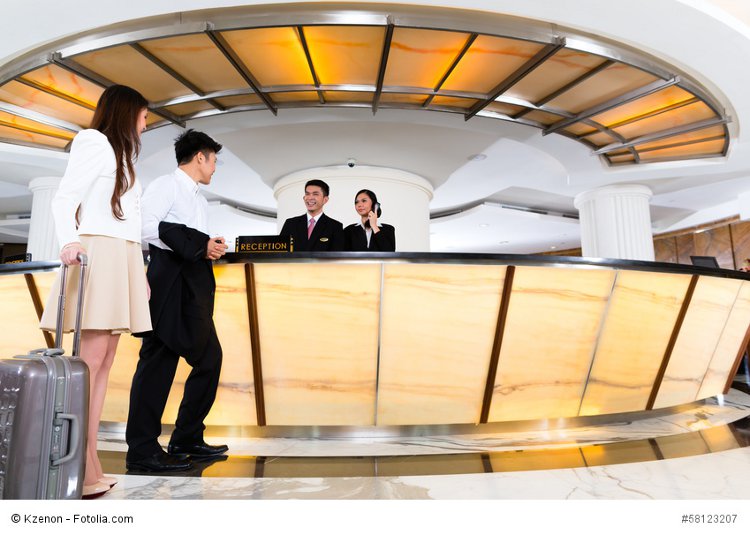 Expedia, Booking.com, TripAdvisor, a plethora of booking channels now clutter the hospitality booking lobby, and these carry varying degrees of effectiveness and economy. While Schaal’s report does allude to hoteliers suffering ever increasing pains at the hands of OTAs, there is another side to the story. Schaal quotes Macquarie Equities Research’s Tom White on the operational disruption TripAdvisor, Expedia, and Priceline can cause. Furthermore, it’s no big secrete TripAdvisor would like to rule the entire hospitality revenue roost. Schaal elaborates using the equity research expert’s intuition, accentuates by TripAdvisor CEO Steve Kaufer’s proclamation over owning the “entire cycle.”

Certainly there’s ample concern on the hotelier end of things here. Clients of our own Pamil Visions travel PR, associates across the spectrum of travel marketing, and even some players in the app building arena have expressed virulently the pluses and minuses of this new “mobile travel ” game. What Shaal and the others mentioned have not shed light on is the flip side of such revenue disruptive technologies.

How the Hotel Will Always Be Right

Somehow the hospitality cart managed to get far out ahead of the hotelier horses, first via the WWW, and now (ostensibly) via the power of an ever growing mobile constituency. Let’s face it, prophesying huge corporate online travel agencies monopolizing guest bookings, that’s a bit like watching a man with a chainsaw standing in front of a redwood, and predicting he’s intent on chopping it down. Excuse the metaphors, but Expedia and the like have made a living providing far reaching reach, with a minimum of effort I might add, to tap into the coffers of every hotelier on the planet. However effective these businesses may be however, unless they plan on hiring bell hops and desk clerks, hotels are still their customers. And the customer is always right, right?

This article on BigHospitality speaks for the hotelier fed up with battling their own service providers (OTAs) over who owns the business of serving guests. In this piece the balance of equity is the needed shift in favor of the real guest services providers. Nial Kelly Vice President Acquisitions and Development at Starwood Hotels talks suggests leveraging OTAs by only working with those that are for balance. In essence, big and small hotel groups can put the proverbial “squeeze” on Expedia and others. This is what is about to happen if our information here is accurate. All the independent or major chain hotels need is the right catalyst, the right app developer, or an existent player willing to think outside the box.

The “Who” of Direct Mobile Bookings

A couple of months ago I was speaking with Stefan Weitz, head of Microsoft’s Bing about forward movement on Bing’s Travel App. Like other major corporations in the game, Microsoft and Bing came up with an imminently useful app for travelers here. Not unlike our friend’s at Stay.com, Bing put a lot of quality in, features users get the most out of, and ultimately the ability find and reserve the best hotels in the world. Also like Stay.com, “depth” and a lack of appropriate marketing left conversions in a shortfall situation. You see there’s no lack of expertise in creating such tools (even for individual hotels), the cost of such development has been driven down dramatically. The real rub for hotels or corporations like Microsoft is “commitment” – to put it bluntly some companies have more money and resources than drive, when it comes to breaking out into mobile. It’s as if those that should most believe have become too conventional in their thinking.

Therein resides the biggest hurdle for Dennis Schaal’s omnipotent OTA rulers too. TripAdvisor and the rest are super slow on the uptake historically. In fact, in my view, TA and the rest have been lucky somebody like Microsoft has not already snapped up their market share. While Google was the heir apparent to digital travel mastery, today the original OTAs retain their places among marketing channels for hospitality. I am fairly amazed at this, to be honest. Looking at Bing’s app, like everything else at Microsoft it’s Microsoft-centric. These companies act as if they’re the only game in town, like gigantic ostriches. (Sorry Stefan, you know it’s true)

Finally, to give you a few “for instances” on how hotels can rescue themselves from lobby takeovers, here’s a list of apps that could be used to snatch a bigger share of the mobile pie. This says nothing for us working to create regional apps to help hoteliers ourselves :)

InterContinental Hotels & Resorts – the obvious is the best hotelier case

Google Hotel Finder App – Why Google has not pushed this can only be explained by Ad revenue from OTAs.

Seen a killer app we did not mention? Are you an app developer seeking that billion dollar chance at disruption? Let us know, the “who” could be you. Until then, waking up the hotelier and the travel agent out there was the purpose of this post.