Visitors to Moscow and the Bolshoi got a rare treat on Tuesday  when the premiere of the Opera Gaetano Donizetti “don Pasquale” directed by Timofey kulyabin was held at the New Bolshoi theatre. Not since 1872 has this opera been staged at the illustrious theater. 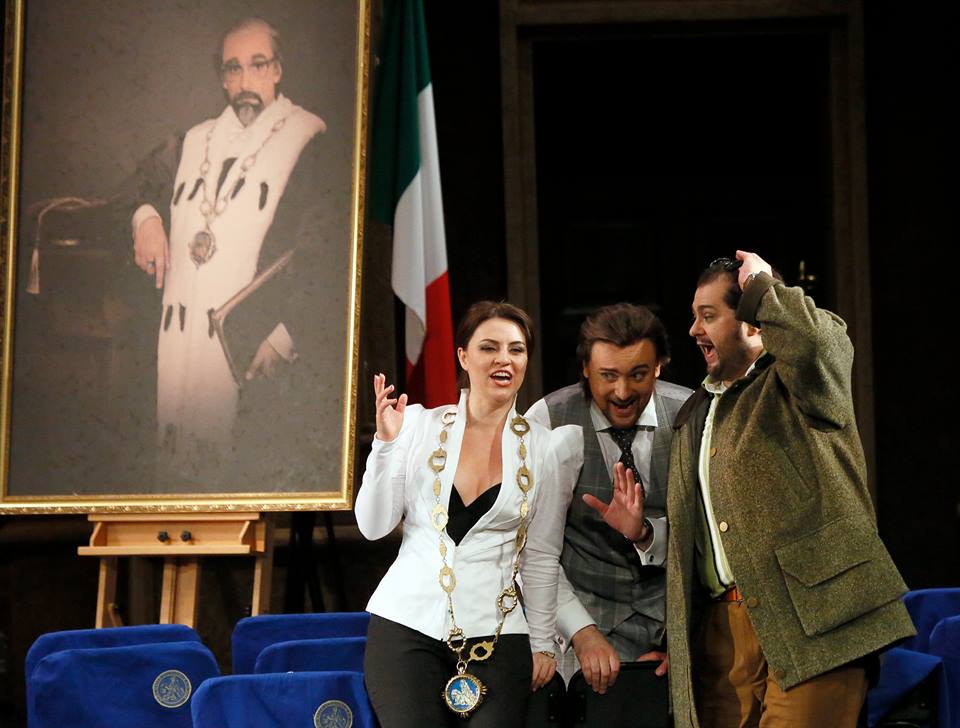 Don Pasquale, the comic Opera, premiered on 3 January 1843 in Paris, but in Russia this Opera was first staged by Italian troupe in 1845, and the Russian premiere took place in 1886 in the Moscow private Russian Opera Mamontov.

A story of an old bachelor, don Pasquale is a comedy of errors surrounding his intentions to marry, which in the end see him remaining the bachelor. So Kulyabin, the opera director, told reporters:

“We decided to keep the location but change the time to move into modern times. We tried to keep the original intrigue and General merriment.”

Premiere performances will also be held on 20, 21, 22, 23 and 24 April. The title role is performed by the Italian bass Giovanni Furlanetto, who will alternate with Nikolay Didenko.